ATTENTION!!! You're using an obsolete browser; update it to the latest version to properly view the contents of this website.

If by now it’s clear that the fashion of healthiness has taken the upper hand, it’s also true that there’s greater awareness about what we eat and greater responsibility towards the wellbeing of our bodies.
From products purchased for domestic use to those consumed out of the home, everything revolves around a growing need to consume natural products which are good for the body. A research carried out by Nielsen on “Global Health and Ingredient-Sentiment” and “Global Out-of-Home Dining”, affirms that more than 2 Italians out of 3 are worried about the artificial ingredients contained in foods and that the tendency is that of returning to origins, that is, essential ingredients (source: Nielsen).

These also include actual sweeteners. White sugar, as we know, is not very healthy, yet we find it everywhere: it raises insulin, promotes diabetes and doesn’t contain any type of vitamin or mineral, contributing, therefore, “empty” calories. For this reason, the need to find healthier and more natural alternatives has become imperative. We’re going to have a look at some that we think could be valid.

But first, a small review of the terminology in order to understand the properties of sugars and sweeteners. 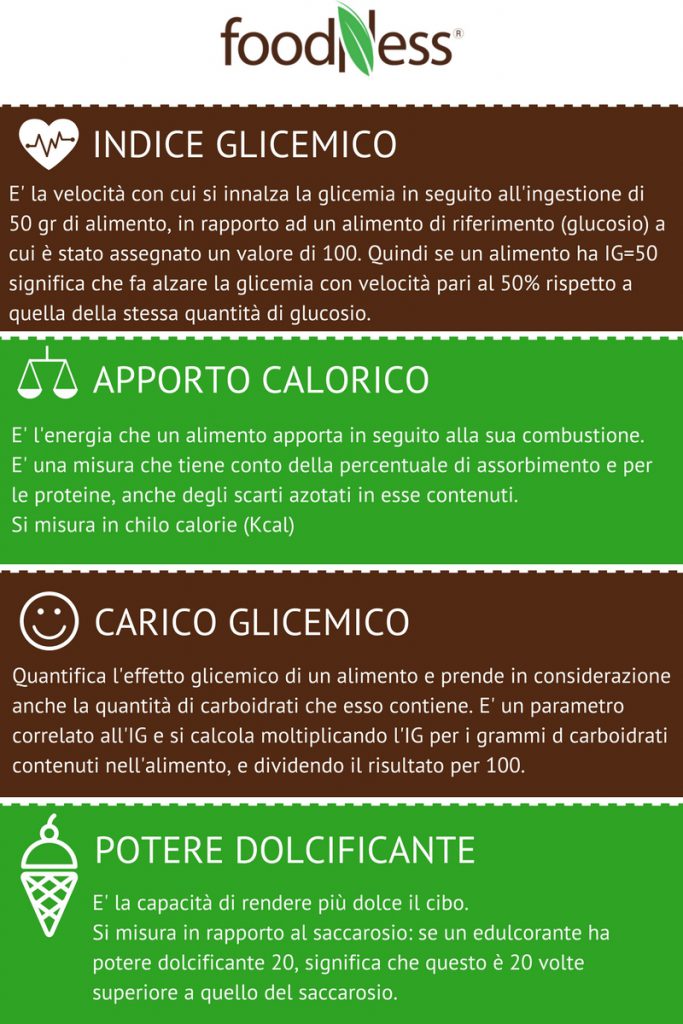 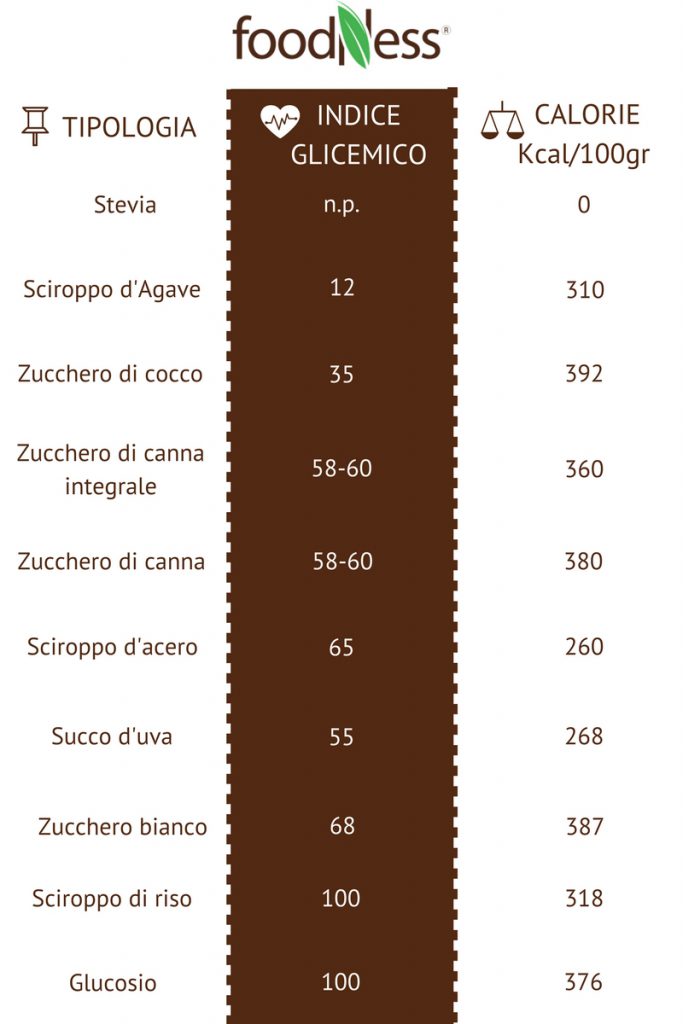 Coconut sugar is obtained from the sap of the flower bud stem of the coconut palm, found on the coasts of tropical and hot countries. This nectar is first boiled, and then dried in the open to allow for the formation of sugar crystals, which are brown in colour and rich in a series of important vitamins and minerals.

The Food and Agriculture Organization of the United Nations considers it the most sustainable natural sweetener on the planet. The sugar is obtained and processed by hand by local farmers, who climb up the trees to collect the precious sap; it’s then boiled by the women of the villages and shaped into blocks.

The taste is aromatic and quite fruity; it’s sweet like cane sugar, but conserves a light touch of caramel. Since coconut sugar is unrefined, its taste can differ on the basis of the species of coconut palm used and on the period in which the sap was extracted.

Its principle characteristics are as follows:

Agave nectar is obtained from the sap of agave plants and is characterised by a thin consistency and with a yellow straw colour; it’s tasteless but able to sweeten 25% more than white sugar. Its most important characteristic, however, is its low glycaemic index.

Here are its main advantages:

Stevia arrives from South America and has an enormous sweetening capacity. The active ingredients are extracted mainly from dried and dehydrated leaves.

This natural sweetener does not seem to have particular contraindications; its use and consumption, however, must remain limited to the permitted daily dose, equal to 4 mg per kilo of body weight.

AND THEN, AND THEN…

The world of sweeteners is broad and varied: maple syrup is rich in potassium and group B vitamins; barley malt, rice syrup or maize syrup which contain amino-acids, potassium, sodium and magnesium.

We have mentioned only some but the range of possibilities does not end here. It’s up to you to choose the one you like best. Our advice is LESS IS MORE!

This site uses cookies to improve your experience while browsing the site. Of these, the cookies classified as necessary are stored in your browser as they are essential for the functioning of the basic functionality of the website. We also use third party cookies that help us analyze and understand how you use this website. These cookies will be stored in your browser only with your consent. You also have the option to disable these cookies. However, disabling some of these cookies may affect your browsing experience.
Necessary Always Enabled
Necessary cookies are absolutely essential for the website to function properly. These cookies guarantee the basic functionality and security features of the website, anonymously.
Functional
Functional cookies help perform certain functions such as sharing website content on social media platforms, collecting feedback and other third party functionality.
Performance
Performance cookies are used to understand and analyze key website performance indices which help provide a better user experience for visitors.
Analytics
Analytical cookies are used to understand how visitors interact with the website. These cookies help provide information on visitor numbers, bounce rate, traffic source, etc.
Advertisement
Advertising cookies are used to deliver relevant ads and marketing campaigns to visitors. These cookies track visitors to websites and collect information to deliver personalized ads.
Others
Other unclassified cookies are those that are analyzed and have not yet been classified into a category.
SAVE & ACCEPT
Powered by